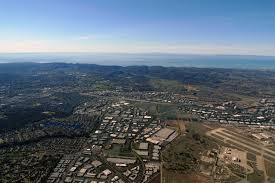 With the charm of a small community and the convenience of a large metropolitan city, Lake Forest is located in the heart of South Orange County and the beautiful Saddleback Valley.

The City has two man-made lakes from which Lake Forest derives the first part of its name. “Forest” comes from the stately trees lining the streets between Ridge Route, Geronimo, Lake Forest Road, and Serrano Road.

Historically, this community has been known as El Toro. Don Jose Serrano settle the area, which was originally called Rancho Canada De Los Alisos (the Valley of the Sycamores), through a Mexican land grant in 1846. The area then became known as El Toro, named after the bulls that roamed Don Jose Serrano’s ranch. For more than a century, the land remained with Don Jose’s family, until financial problems forced them to turn the land over to private interests. In the 1960s, master developer Occidental Petroleum decided to create a master-planned community featuring abundant trees and man-made lakes; eventually becoming the incorporated city of Lake Forest in 1991, with later additions of the communities of Foothill Ranch and Portola Hills.